Mollusc hatcheries, which began on the other side of the Atlantic in the late 1960s, arrived in France in 1972. Although the techniques used have evolved considerably since then, the aim has remained the same: to provide shellfish farmers and their customers with high-quality spat while controlling natural risks.

Molluscs are, above all, living products, which are sensitive to changes in the environment: rising temperatures, falling PH, risk of pollution... Hence, our culture of maximum safety, which is reflected in the diversity of our locations in protected areas, and by our ceaseless vigilance at all stages of the farming process.

As a hatchery, we are first and foremost breeders, working in the natural environment, in some of the most stunning locations in France, for which we feel responsible. We work as closely as possible with our animals. We feed them and select them, giving them the maximum space so that they can develop calmly and peacefully.

Forty-five years of experience and our keen sense of observation have taught us that in breeding, it is essential to give animals time and space to grow, develop and flourish naturally, and that rigorous cleaning is as effective as any antibiotic. The sea provides all the answers to our questions if we know how to listen to it carefully. It is this philosophy which guides our work every day. 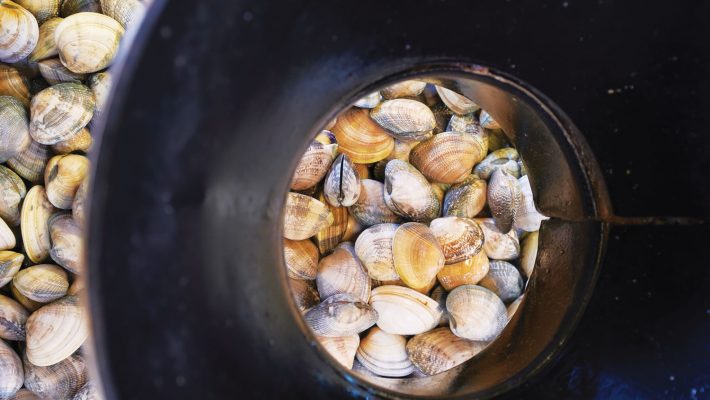